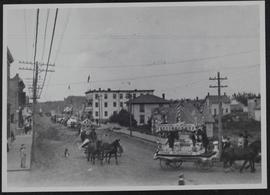 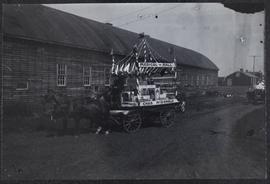 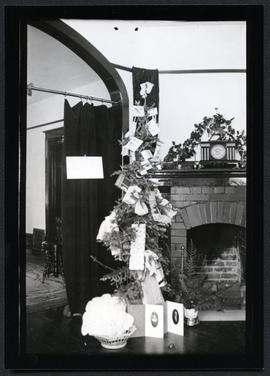 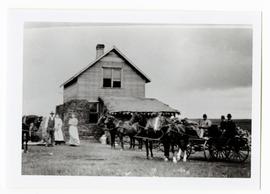 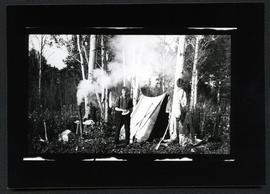 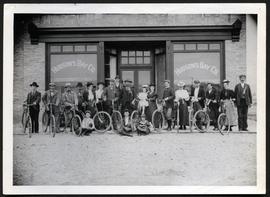 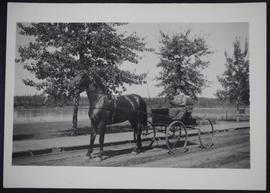 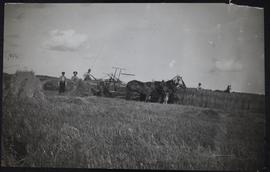 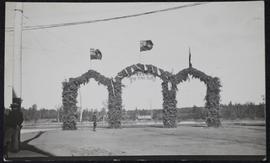 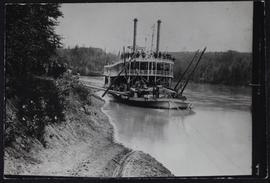 William John (W.J.) James was born on December 23, 1870 to William, Sr. and Maria James of the Fordwich area, Howick Township, Huron County, Ontario. His father was a blacksmith and carriage maker in Ontario, and first travelled west with the Wolseley Red River Expedition in 1870.

W.J. James came to Prince Albert, Northwest Territories ca.1890. His family followed around 1893. Both James and his father were employed by the James Sanderson sawmill as labourers. W.J. James became a barber while also establishing a photograph business briefly with W.J. Jackson in 1894. James continued in barbering while also working as an itinerant photographer in the 1890s. He hired Theodore Charmbury as a photographer in his studio between 1901 and 1903, and operated a branch studio at Indian Head in 1904-1906. James operated the City Art Studio (1909-1919) and W.J. James & Co. (est.1927) in Prince Albert until his retirement in the mid-1930s.

James' professional career as an itinerant, commercial and portrait photographer spanned over forty years during which he travelled extensively in the Prince Albert district and northern parkland regions of Saskatchewan documenting settlement, local industry and everyday life. William John James died on September 9, 1944 in Prince Albert and is buried in St. Mary's Cemetery in Prince Albert.

The majority of photographs were purchased from William John James' daughter in September, 1958 (accession number 483) and from the Prince Albert Historical Society in 1962 (accession number 696).
The Provincial Archives of Manitoba donated one photograph to the Regina office in 1989: R89-005 (January 4, 1989).

This fonds consists of approximately 3,200 to 3,600 prints, glass plate negatives, nitrate negatives and negatives including panoramic views and commercial images of Prince Albert, Saskatchewan and district taken by William James, photographer. The black and white images, which date from ca.1890 to the 1930s, include 550 panoramic views taken by Cirkut camera.

No series has been applied to the photographs.

Photographs are in good physical condition.

No arrangement applied to the photographs.

Use, publication and/or reproduction of records are subject to terms and conditions of the Copyright Act.

SAFA 360 consists of a fonds description.

Associated material: The Prince Albert Historical Society has photographic records of the W.J. James fonds in its permanent collection.
Related material: The William John James family fonds (F 500) contains 33 photographs of William James, his family and City Art Studio at Prince Albert.
R-E2303: Catalogue and other material relating to a 1986 exhibition of James' photographs at the Mendel Art Gallery in Saskatoon.

Some electronic copies of photographs are available in Archival Digital Storage.

Photographs were placed in mylar sleeves. Reference prints of glass plate negatives and nitrate negatives were made for research use.