Part of Regina and District Association for Community Living

Exterior and interior of College Sainte-Anne

Item is an image showing an exterior and interior view of College Sainte-Anne (now known as Universite Sainte-Anne) in Church Point, Nova Scotia. 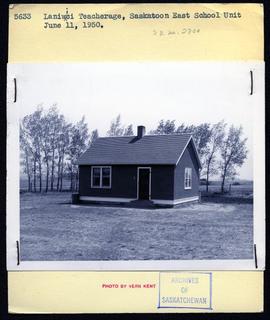 Map of the southern part of the province of Saskatchewan, Canada

Map of the southern part of the province of Saskatchewan, Canada

Marked in black are school inspectorates of 1916. Corrected.

History of Muirland School including lists of names of teachers; trustees; students; homesteaders and early settlers; and grain elevator agents in Marriott in 1928. Includes reminiscences of former students and teachers and brief histories of families in the Muirland district. The school was located in the Marriott/Zealandia, Saskatchewan district.

Item is a photocopy of an image showing a fenced public school located at Banff, Alberta with mountains in background

Item is an image showing a reunion (in Montreal) of men who attended Collège Mathieu in Gravelbourg, Saskatchewan. Identified.