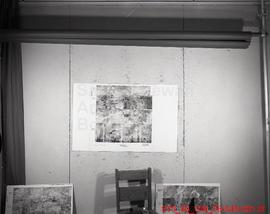 Images are copies of aerial mosaics supplied by the Department of Agriculture.

Group photographs of delegates to the Agricultural Ministers and Deputy Ministers conference, held at the Saskatchewan Legislative Building, Regina. Ministers and deputy ministers from all across Canada were in attendance.

Saskatchewan Department of Agriculture news releases issued in 1958 and copies of the news releases that were reproduced in newspapers across the province.

Address delivered by Professor E.C. Hope of the Farm Management Department of the University of Saskatchewan on September 22, 1938 on CBC. Address entitled "Present Position of Prairie Agriculture". 4 p.

Address given by J.G. Taggart, Saskatchewan Minister of Agriculture, to the Royal Commission on Dominion-Provincial Relations, December 16, 1937.

A poster distributed by the Saskatchewan Department of Agriculture regarding when and where agricultural meetings will be held to discuss some of the problems of tillage, crop rotations, marketing, and livestock production. (before 1947)

Farm Practices in the Weyburn Loam and Regina Heavey Clay soils of Saskatchewan, by M. Ragush and F.F. Cline. Published by the Canada Department of Agriculture, September, 1953. (27 p.)

Alternatives to Grain Growing in the Prairie Provinces, an address delivered by A. M. Shaw at The Western Canada Live Stock Union meeting in Moose Jaw on January 18 and Saskatchewan Agricultural Societies Convention in Saskatoon on January 19, 1934. 17 p. (2 copies) 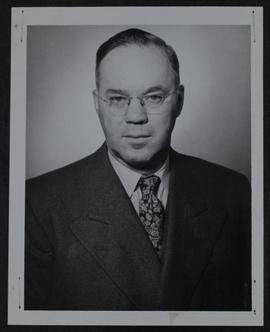 Small volume of records created, accumulated and used by F.H. Auld as Deputy Minister of Agriculture in Saskatchewan. Includes records relating to agricultural extension work, agricultural credit, and agricultural societies. Collection includes personal records created, accumulated and used by Auld as a member of the Rotary Club and chairman of the Young Men's Christian Association (YMCA) of Regina. Also includes a draft of his book and correspondence with William Waldron. File 11 includes a document entitled Summary of Weather and Crop History in Western Canada compiled by Professor E.C. Hope of the Department of Farm Management, University of Saskatchewan. File 11 includes records relating to the 1935 Farm Boys' Camp at the Provincial Exhibition in Regina. File no. 9 includes information on the re-establishment and relief of northern settlers and the better farming train and includes an article by J.G. Taggart on dry land farming on the southern prairies. File 9 includes a publication by R.A. Stutt entitled An Economic Classification of Land in the Govenlock-Eastend-Maple Creek Area, Saskatchewan, 1946.

Mr. Baron George, the operator of duplicating equipment for the Department of Agriculture, addresses an assembly of Agricultural personnel on the occasion of his retirement.

Mr. Baron George, the operator of duplicating equipment for the Department of Agriculture, being presented with a gold watch and a wallet on the occasion of his retirement.