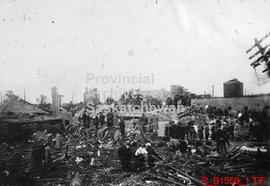 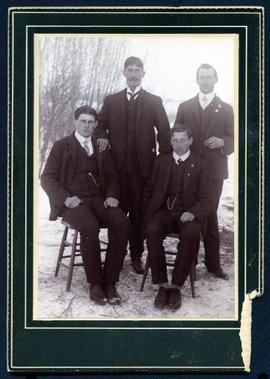 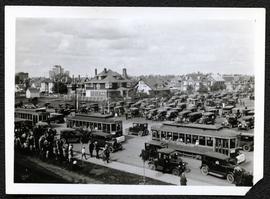 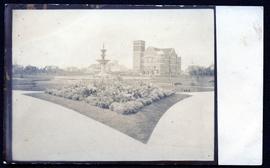 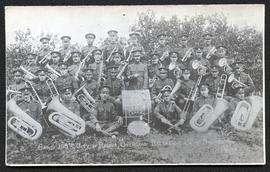 In November, 1897, the mayor of the town of Regina, North-West Territories, William F. Eddy, invited individuals who had settled in the Regina area in 1882 and 1883 to a meeting to discuss the formation of an old timers' association. The Regina Old Timers' Association was formed in December 1897 with Eddy (president), James Brown (secretary) and W.T. Mollard (treasurer) as the first executive. Membership was originally open to males only although women were later allowed to join. Several men who served as mayor of the City of Regina also served as president of the association in the 1930s and 1940s including Hugh McGillivray, James Balfour and James Grassick.

The mandate of the Association is to collect and preserve historical information on the pioneers of Regina and district. The criteria for membership has changed and broadened over time. Around 1960, the association became known as the Regina and District Old Timers' Association. One of the Association's long standing events is the annual banquet and meeting typically held in May every year. One of the banquet traditions is to honour attendees 90 years of age or older and couples married for 60 years or more. In the 1950s, the Association started a "Book of Greats" to commemorate individuals who have contributed significally to the organization. Some of the individuals included are James Grassick, Fred G. England, Jack England, Gordon F. Connell, D.G.S. Calder, George Bothwell, and Les Hammond.

In 1980, efforts made by the Association helped to establish the Regina Plains Museum. By the mid 1990s, interest in the organization was waning and the executive members discussed disbanding. George Bothwell suggested that the Association continue to operate until 1997, the organization's 100th year. The celebrations held in 1997 brought renewed interest in the association, which decided to continue operating and expand their activities. In 1998, an Archives Committee was formed to gather and preserve the records of the Association more formally and in 1999 the first newsletter was published.

On December 14, 2000, the Association formally incorporated as a non-profit organization and began to use the initials RDOTA more extensively. In 2001, RDOTA started to host an event on Heritage Day. The Association was very active in 2003 with projects and events to commemorate the 100th anniversary of the City of Regina. The Association hosted a "Back to the Old Crossing" event; had its first float in the Buffalo Days Parade; and produced two volumes in the Pioneers! O Pioneers! booklet series. In 2004, the Association was awarded two Municipal Heritage Awards by the City of Regina: an Education Award for the booklet series and the George Bothwell Heritage Award for Public Service.

The Executive Committee of the Association has largely consisted of a past president, president, first vice-president, second vice-president, secretary and treasurer. A Board of Directors composed of elected members oversees operations. Any person may be nominated by the Board as an honorary member for their outstanding public service in Saskatchewan or as a life member for their outstanding service to the Association. The RDOTA currently (2015) continues to operate in Regina.

This fonds consists of records created, accumulated and used by executive members of the Regina and District Old Timers' Association in Regina, Saskatchewan.

The fonds includes the handwritten, original diaries of George Watt, a pioneer horticulturalist and musician in Regina. The diaries (27 volumes) date from February 1904 to May 1931 and contain information on the weather, Watt's daily activities and happenings around Regina (collection number R-99).

Publications and some newsletters are located in the R-E and R-F collections. The records in F 711, Boxes 1 to 5 date mainly from the 1940s to 2006 and include minutes, programmes, a scrapbook, correspondence, photographs mainly of annual banquets and picnics, reports of various committees, and records relating to the Back to the Old Crossing event in 2003. The files are arranged in chronological order.

Use and reproduction of records is subject to terms and conditions of the Copyright Act.

Location for retrieval: Regina - Hillsdale
Some electronic copies of photographs are available in Archival Digital Storage.