Letter, received May 1961, discussing opinions on the formation of the New Democratic Party. Creator and recipient names are unclear. 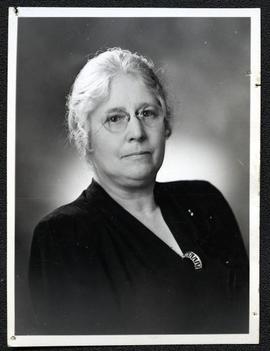 The Government of Saskatchewan

Thesis written by Evelyn Lucille Eager and submitted in conformity with the requirements for the degree of Doctor of Philosophy in the University of Toronto. Written under the supervision of Professor R. MacGregor Dawson.

Party, Government and Administration in Saskatchewan Since 1944

Paper written by Evelyn Eager and presented at the annual meeting of the Canadian Political Science Association on June 2, 1970.

Minutes, 1930-1958; constituency files; literature; speeches; financial records; correspondence, including that of W. Ross Thatcher; radio broadcasts; and posters.Includes maps showing the electoral districts of Melville, Melfort, Yorkton, and Swift Current-Maple Creek; a map entitled On to Ottawa with the C.C.F. Wood Mountain Federal Constituency; and an undated map of the Saskatoon transportation system courtesy of the Saskatoon Board of Trade showing hotels, places of interest, etc.

Typewritten transcripts of speeches and addresses (mostly radio broadcasts) by Co-operative Commonwealth Federation (CCF) and Liberal Members of the Legislative Assembly of Saskatchewan (MLA); Members of Parliament; and Cabinet Ministers; and the leaders of the Saskatchewan Progressive Conservative Party and Saskatchewan Liberal Party. Some of the addresses were part of the Provincial Affairs broadcast series aired on radio stations CKRM; CJGX; CKBI; CKAB; and CFQC. Includes speeches by J.W. Corman that were a part of the Your Attorney General Speaks series, 1947-1948. Includes pamphlet of radio talk delivered by Premier T.C. Douglas, Minister of Co-operation and Co-operative Development, relating to co-operation amongst fishermen, produced by the Bureau of Publications.

Information on the Liberal Party of Saskatchewan including names of leaders and presidents from 1905 to 1979 likely compiled by Saskatchewan Archives Board staff.