Conservative Party: Saskatchewan No. 61 to 70

Nos. 65 to 67: Campaign letter and leaflets for Terry Leier, Progressive Conservative candidate in Regina East in the 1979 federal general election.

No. 69: October 2, 1925 issue of Campaign News, printed by McInnis Brothers Limited, Regina, for the Conservative Association.

Conservative Party: Saskatchewan No. 71 to 75

No. 73: Christmas card issued by The Honourable Grant Devine, Premier of Saskatchewan, Mrs. Devine, and family. Photograph of Devine family on cover. ca. 1983.

No. 75: Legislative Report, July 1984, issued by Gordon Currie, Progressive Conservative MLA for Regina Wascana. 6 p. Includes information on the Saskatchewan Department of Science and Technology and other government programs and initiatives.

Douglas Graber, Past President of the Young Liberal Association; member of the Executive Committee. 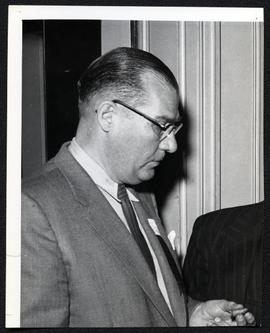 Dr. Jameson of Moosomin - President of the Liberal Association. 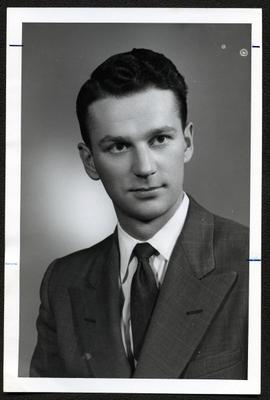 Frank Eliason : A Forgotten Founder of the CCF

Item component is an article by George Hoffman that appears in volume 58, issue 1 of Saskatchewan History beginning on page 18.

From Contender to Also Ran : John Diefenbaker and the Saskatchewan Conservative Party in the Election of 1938

Item component is an article by Patrick Kyba that appears in volume 44, issue 3 of Saskatchewan History beginning on page 103.

Grant Devine and members of the Saskatchewan Progressive Conservatives at a meeting.

Growing Up With TebedyAndrew, Johnny, and William Lyon Mackenzie King

Walter Haldorson's published reminiscences of his childhood in northern Saskatchewan in the 1930s and 1940s. Haldorson was born in 1930 in Birch Hills. 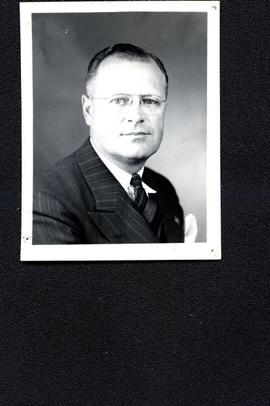 Head and shoulders portrait of H. W. Pope, President of the Saskatchewan Liberal Association from 1946-?