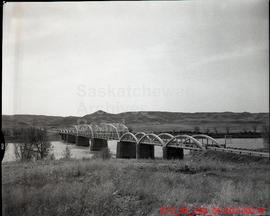 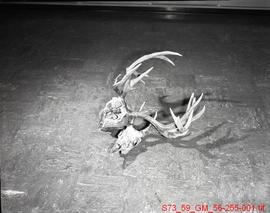 The two sets of locked horns are all that remain of two deer that fought to the death. Picked up in the Swift Current area. 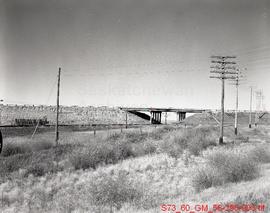 Various films of curling in the Swift Current district. Footage was stored together at CJFB-TV and used each winter for Bonspiel highlights shows.

No sub-sub-series have been assigned to this sub-series.

View of ice jam along the Saskatchewan Landing Bridge prior to its collapse on April 6, 1952.