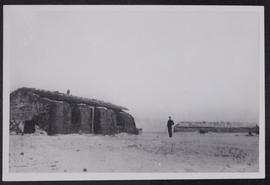 Item is a photograph of Carl Henriksen's sod house located near Zelma, Saskatchewan. 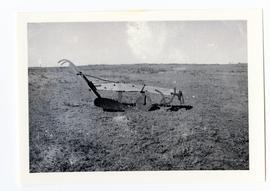 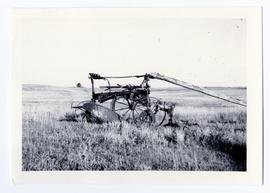 Items are images showing threshing machines and straw blowing onto haystacks with steam tractors and horses in use; numerous unidentified labourers at work are visible. 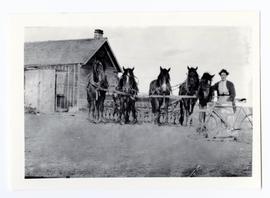 Mr. and Mrs. H. Andrew standing with five horses and a bicycle in front of their house

Item is an image showing a typical Russian farm, man and woman with three children in front of a small house with fence; house located at NE 28 Tp. 45-9-3, about 17.8 km (11 miles) east of Alticane, Saskatchewan.