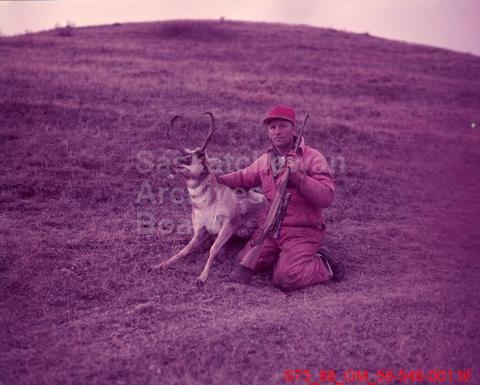 02: Conservation Officer checks the tag on the bagged deer and license of Bob Breen, left, and Roger Phillips, right, in Cypress Hills Park.

04: Mr. Bob Breen of Saskatoon holds up the head of a buck mule deer he shot in the west block, Cypress Hills Park.

05: Bob Cochrane and Bob Breen load a buck mule deer into the back of a station wagon in Cypress Hills Park.

Records are in good physical condition.
03, 06: Discolouration along the tops and sides of the transparencies.