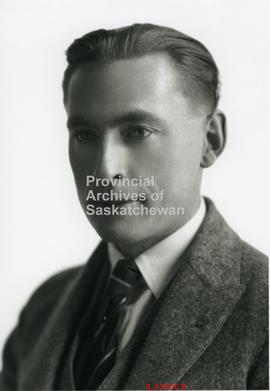 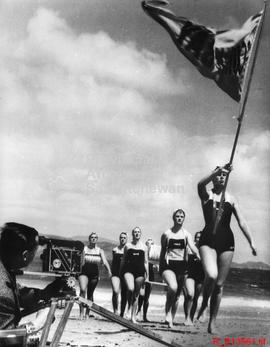 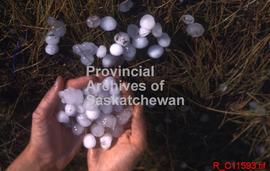 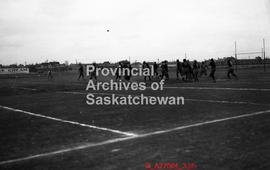 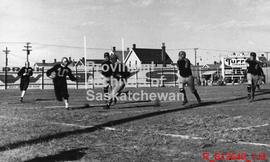 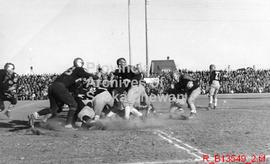 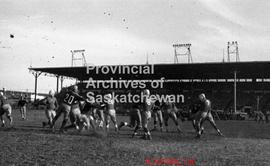 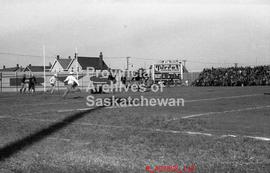 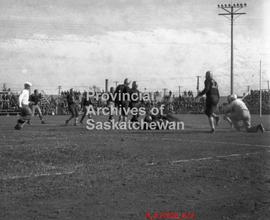 William Henry Richard "Dick" Bird was born in Leamington Spa, Warwickshire, England on August 16, 1892. From an early age he developed a keen interest in cinema and still photography. His first cinema film experience occurred in 1905 watching Boer Was footage at the theatre in Leamington. Emigrating at the age of fourteen, Bird came to Vermont to live with an uncle in c.1907. His family later followed, settling in Fort William, Ontario.

In 1921 Dick Bird moved with his family to Regina, Saskatchewan to make documentary, educational and industrial films for the Saskatchewan government. He continued to shoot newsreels for Pathescope. He also founded Bird Films Ltd., a photographic shop, in Regina in 1928. During this time his photography often mirrored his achievements in filmmaking. This included flights of the RAF Forestry Air Fire Patrol in northern Saskatchewan, the opening of the Albert Memorial Bridge in Regina in 1930 and the Regina Riot of 1935. He also filmed the opening broadcast of Saskatchewan's first radio station CKCK in 1922, the first drilling for oil and gas in the province, as well as the visits of various dignitaries, including Edward, Prince of Wales, on his 1919 Canadian tour. In 1922 Bird founded the Canadian Cinema Arts Society. He continued to travel through Europe in the 1930s filming newsreels of the Spanish Civil War and Hitler Youth rallies.

By the 1930's, however, the primary focus of Bird's career had shifted to nature photography and conservation. Elected president of the Regina Natural History Society, he actively promoted public interest in wildlife. In 1937 he began a weekly program on CKCK Radio "Camera Trails". He published The Camera Trailer, a newsletter illustrated with his own photographs for distribution to his radio audience. He also started a nature club for children and encouraged nature field trips throughout rural Saskatchewan. Bird also produced commercial films for the Boy Scouts of Canada and the Saskatchewan Wheat Pool.

Soon after coming to work in Canada following the end of the First World War, Dick Bird had met and married Pansy Myrtle Fern Nix of Winnipeg, Manitoba. Actively supporting her husband's career, Pansy Bird managed and operated Bird Films Ltd. while Dick was travelling on film assignments. Dick and Pansy Bird had three children Gordon, Jeanne (Kaad) and Yvonne (Ellis). Their son died as a child and Pansy died in Mexico in 1937.

Ada Gertrude Bovee was born near Avonlea, Saskatchewan on December 21, 1917 to James and Gertrude (Nelson) Bovee. She was the youngest of six children. The Bovees came to homestead in the Avonlea area from Wisconsin in 1906. Trained in business and an amateur ornithologist, Ada also was active in the local Avonlea Sunday School, Mission Band, choirs and the I.O.D.E. She met Dick Bird in the early 1940s when he was invited to show films to her Canadian Girls in Training (CGIT) church group. Soon after Ada began working for Bird Films photographing birds, animals and flowers. During the Second World War Ada and Dick showed films and slides in many rural towns and villages in the province in support of the "Milk for Britain" campaign.

In December 1946 Dick and Ada Bird were married, marking a long personal and business partnership as cinematographers travelling throughout Canada, the United States and the world producing nature films and conducting winter lecture tours. From 1952 to 1955 they shot film footage for Walt Disney Production's True Life Adventure series. Their lecture audience included Harvard, the National Geographic Society, and the Smithsonian Institute. The Audubon Society sponsored many of their tours. The Birds' still photography taken during the period of the 1940's and 1950's is dominated by wildlife, flora, and natural scenery.

In 1960 Dick and Ada Bird retired from eight years of lecture tours to their property at Buena Vista near Regina Beach, which had been in the Bird family since the early 1940s. They continued to show films in Regina public schools to encourage awareness of conservation among school children, and also were guest speakers at various Canadian Clubs in Eastern Canada. In the 1970s Dick began work on his memoirs and on a history of photography, although ill health prevented the completion of this project. Ada worked from 1969 to 1983 with Muir Barber Ltd. in the hardware and gift business. After Dick's death in 1986, Ada moved into Regina. She continued to be active in many senior and church groups.

Throughout his life, Dick Bird received many honours. He was an Associate of the Royal Photographic Society and a Fellow of the Zoological Society of London. In 1950 he was the second Canadian, after Yousuf Karsh, to become a Fellow of the Photographic Society of America. In that year he also became the first life member of the Saskatchewan Natural History Society. In May 1976 Bird received an honourary Doctorate of Laws from the University of Regina. He was also honoured as Saskatchewan's Pioneer Cinematographer at the International Film Festival in Yorkton in 1979.

Bird Films Ltd. was, since its early years, very much a family business, operated by Dick and Pansy Bird, their daughters, and later their daughters' husbands. The business sold cameras, film and accessories and also had a studio and film lab. Dick Bird remained active in Bird Films into the 1960s. Bird Films continues (2005) to operate as a photography business with a third generation of family management.

Ownership of certain films, photographs and artifacts transferred by donor to stepdaughter, Yvonne Ellis and via legal agreement to the Saskatchewan Archives in 1992.
In 1992, twelve (12) cans of nitrate films were sent to the National Archives (now known as Library and Archives Canada) for storage. In February 1999, VHS and BetaCam SP videocassette transfers were returned to the Saskatchewan Archives Board.

This fonds consists of records created, accumulated and used by Dick and Ada Bird of Regina, Saskatchewan during the course of their careers in the cinematography field, their travels worldwide and their lecture tours throughout Canada and the United States. Their personal family life is also documented. The period of the record relates predominantly to the 1920s through 1970s.

This fonds is missing additional films, diaries and correspondence that were destroyed in a 1985 fire at the Bird residence.

Certain records are in good physical condition.
Many photographs and film have soot staining, melted emulsion and shrinkage from the 1985 fire at the Bird residence. Some scrapbooks and diaries are also extremely fragile with brittle pages due to fire damage.

Textual records arranged alphabetically by subject and type of record by the arranging archivist in 2000. The factors determining arrangement of the records in this fonds have not been documented during the description process.
Photographs described in 1992 arranged by subject.

Certain original films are not available for use; research copies on videocassette and DVD have been created for some records.
Please consult reference archivist for access to artifacts.

Use, publication and/or reproduction of records may be subject to terms and conditions of the Copyright Act and/ or a donor agreement.

Location for retrieval: Regina - Hillsdale
Duration for film reels provided in physical description is for known length of films. Running time is not available for all films.
Some electronic copies of photographs are available in Archival Digital Storage.

Portions of the textual records which acquired extensive smoke and fire damage have been photocopied and substituted in place of the original record in the files.
Twelve cans of nitrate films were sent to thae National Archives (now Library and Archives Canada) for storage in 1992. Videocassette transfers of these records were received by the Saskatchewan Archives in February 1999.
Certain films have extreme shrinkage and are not available for viewing.