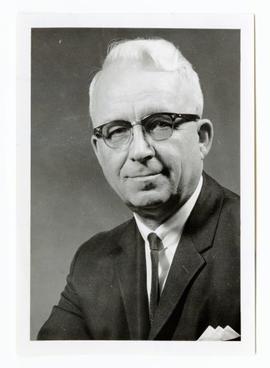 Bohdan Kazymyra was born in Cherniiv, a village in Western Ukraine, on 19 October 1913 to Olha Wilczek and Dmytro Kazymyra. In 1922 the Kazymyra family moved to Zolochiv, where Kazymyra completed his high school education.

Kazymyra attended the University of Louvain in Belgium from 1932 to 1935. While there he attained a Licentiate of Political and Social Sciences with distinction. Upon his return from Belgium, Kazymyra continued his studies at the Ukrainian Theological Academy in Lviv, Ukraine. He graduated in 1941 and was appointed lecturer in Sociology and Research Methodology at the Academy until the summer of 1944. As the Soviet army advanced into Western Ukraine, Kazymyra fled to Krakow, Poland and from there to Vienna, Austria. While in Vienna he enrolled in a doctoral studies program in theology at the University of Vienna. He later changed his area of study to history. He lived in Vienna until 1948 when he moved to Belgium to manage the Ukrainian Press Bureau. He was also appointed as a senior research assistant, Sociology at the University of Louvain and was active in promoting Ukrainian interests in Western Europe.

Sponsored by Bishop Vasyl Ladyka of Winnipeg, Kazymyra immigrated to Canada in 1950 to assist with work in the Ukrainian Catholic Church in Western Canada. Kazymyra married Elizabeth Dorota on June 9, 1950 in Edmonton, Alberta.

While in Edmonton, from 1950 to 1955, Kazymyra worked as the manager and editor of the magazine, "Catholic Action" and directed the affiliated radio program. He also assumed responsibilities for the "Ukrainian News" newspaper. During this time he pursued his research interests in immigration and settlement of Central Europeans in Canada. He received his PhD in 1955 from the University of Vienna.

The Kazymyras had three children, Nadia, Marta and Dmytro. Kazymyra enrolled at McGill University in 1955 and graduated with a Bachelors degree in library science in 1956. After working as a librarian for a short period at the Department of Agriculture in Ottawa, Ontario, the family moved to Regina, Saskatchewan in 1959 when Kazymyra accepted a position as librarian-archivist with the Saskatchewan Power Corporation. He remained in this position until 1967.

This fonds consists of records created, accumulated and used by Bohdan Kazymyra of Regina, Saskatchewan relating mainly to his activities as a historian, educator, author, librarian and archivist. Personal records are included.

The records are in good physical condition.

Arrangement reflects both original order and archival intervention. The majority of file titles were supplied by the archivist.

The records are predominately in the Ukrainian language, although some of the records are in English and a lesser number are in French, German and Italian. Some file titles have been transliterated from Ukrainian into the English alphabet with any translations listed in brackets following the original title.

Use, publication and/or reproduction are subject to terms and conditions of the Copyright Act. Please consult reference archivist for assistance.
Copyright has been transferred to the Saskatchewan Archives Board through an agreement with Nadia Kazymyra dated 10 March 2003.

Related material: Copies of essays written by students of History N336 class taught by Dr. Bohdan Kazymyra at the University of Saskatchewan, Regina Campus, are located in the Regina office (R-1348, Section VI and file X.A.5).
An address on records retention programming by Bohdan Z. Kazymyra, librarian-archivist with the Saskatchewan Power Corporation, presented at the meeting of the National Office Management Association, Regina Chapter on March 15, 1960 is located in the Regina office (Pamphlet File - Records (1)).

Archival staff replaced original file folders with acid-free folders and removed elastic bands, paper clips and other fasteners. If notations existed on the files folders, they were photocopied and placed in the front of the file.
Photographs were placed in plastic sleeves and acid-free envelopes.