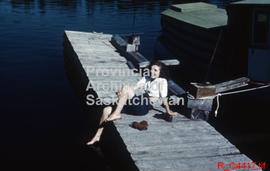 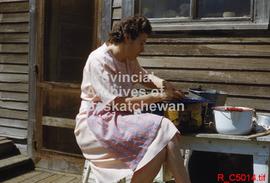 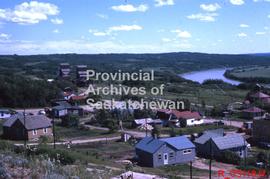 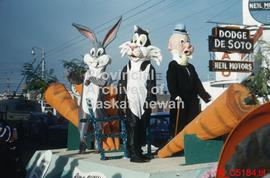 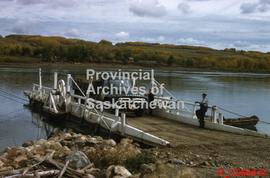 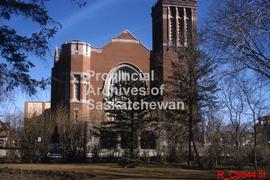 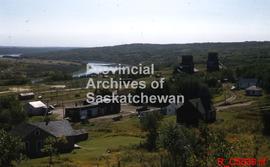 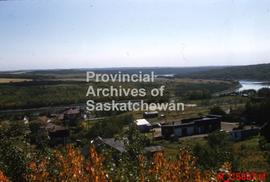 Nota sobre as publicações do editor

Axel C. Petersen was born in Denmark in 1903 and came to Canada in 1926. He was employed as an agent with the Saskatchewan Wheat Pool in Landis, Saskatchewan for many years. In 1953, he moved to Regina, where he worked as a public relations officer for the Hotels Association of Saskatchewan until his retirement in 1973.

Petersen was active in various organizations, including the Saskatchewan Tourism Association; the Royal Danish Guards and the Scandinavian Clubs in Regina and Saskatoon. Petersen's lifelong hobby was photography and he often presented slide shows of his work to various groups.

Petersen did not marry or have children.

This fonds consists mainly of colour slides of images taken between 1940 and 1986 by Saskatchewan resident Axel C. Petersen, whose lifelong hobby was photography. The majority of the images were taken in Saskatchewan although some images document Petersen's trips to Alberta; British Columbia; Seattle, Washington; Texas; and Mexico. The slides depict various subjects, including rural scenes, animals, buildings, agricultural activities, social events, museums, and ethnic displays.

The fonds also includes biographical information on Petersen; a typed, undated history of the Cando, Saskatchewan district; and an envelope addressed to Petersen in Denmark.

The slides are arranged in chronological order whenever possible. Slides that were originally in carousels are generally arranged in the order that they appeared in the carousels.

No series have been identified in this fonds.

The slides are generally in excellent condition.
The textual records are in good condition.

Use, publication, and/or reproduction of records are subject to terms and conditions of the Copyright Act.

Location for retrieval: Regina - Hillsdale
Some electronic copies of photographs are available in Archival Digital Storage.

Slides were placed in sleeves by archival staff.
Some electronic copies are available in Archival Digital Storage.

Descrição do identificador do registo